A network of partners at different levels and of different scales is vital for ADAP’s activities. 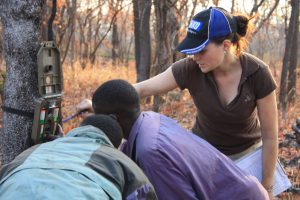 ADAP has developed partnerships with academic research institutions from both sides of the North-South divide for several years. It aims to ensure a dialogue between operations in the field and research and to study in-depth the interdisciplinary issues of its projects’ approaches. As part of its projects, ADAP has welcomed students from the University of Applied Sciences Western Switzerland (UASW-HEPIA), the University of Lausanne (UNIL), the École Polytechnique Fédérale de Lausanne (EPFL), the École nationale du génie rural, des eaux et des forêts (ENGREF), and the University of Agriculture of Sokoine (SUA) in Tanzania. You can access much of the research realized through these partnerships here.

ADAP has also worked in partnership with institutions such as the Kommission für Forschungspartnerschaften mit Entwicklungsländern (KFPE), KfW Development Bank and the University of Ouagadougou. It has also been a player in the Tapoa network (BioHub, African Wildlife Foundation, International Institute for Environment and Development, UASWS-Hepia, ADAP) and the Biosafety Interdisciplinary Network (RIBios).